Hollywood Gaming at Mahoning Valley Race Course recently concluded its 2018 winter-spring meet on a positive note, recording a 23.6% spike in wagering per race for the 63-day stand. The track reported gross handle of $65,358,215, for an average of $127,156 wagered per race, up from the $102,873 garnered for the 2017 winter-spring meet. That $127,156 figure also represents a record for handle per race at any meet held at Mahoning Valley since its 2014 opening.

“We benefited from a stronger overall product and a continued increase of product awareness and availability in the marketplace,” said Mark Loewe, Vice President of Racing for Mahoning Valley. “We hope to continue our progress as we begin preparations for our 2018 fall season, which will include the $250,000 Steel Valley Sprint and Hollywood Gaming Mahoning Distaff, which will both be held on Monday, November 19.”

The $250,000 purse for the Steel Valley Sprint represents a $50,000 increase from the 2017 edition won by Heartwood in massive upset that saw the gray son of Tapit pay $138.20 to win. Owned by trainer James K. Chapman and Stuart Tsujimoto, Heartwood went on to contest the Malibu (G1) at Santa Anita and Commonwealth (G3) at Keeneland following his victory at Mahoning.

Jaime Rodriguez took down the riding crown, while trainer Jeffrey Radosevich defended his title as the leading trainer of the winter-spring meet. Rodriguez had 58 wins from 282 mounts and purse earnings of nearly $830,000. For Radosevich, it was business as usual for the 56-year-old. After finding himself on top of the trainer standings for both the winter-spring and fall-winter meets at Mahoning in 2017, Radosevich found the winner’s circle 40 times in 160 starts and saw his charge bank earnings of nearly $500,000. 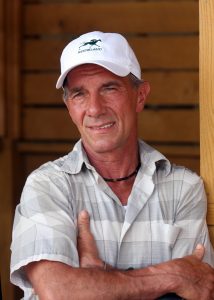 In addition to his training title, Radosevich also trained horse of the meet, Anechoic. The four-year-old gelding by Mineshaft posted a perfect record of six wins in six starts en route to earning the honor. Owned by Loooch Racing Stables, Inc. Anechoic bankrolled more than $53,000.

The 2018 fall-winter racing season gets underway on Friday October 26, and will feature a four-day-a-week schedule with live racing held Monday through Wednesday and then again on Saturday. Special Friday programs, including opening day, will be offered occasionally throughout the meet.